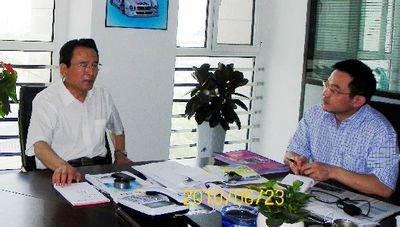 Xue Gang: Ningxia Hui Autonomous Region is located in the eastern part of China's northwestern region. It is located on the central axis of the motherland's territory. The magical Ningxia has both beautiful desert scenery and beautiful scenery of Jiangnan Xintianfu. It has both mysterious Xixia history. Origin, more rich in returning hometown, mellow Yellow River culture, "two mountains and one river" (Helan Mountain, Liupan Mountain, Yellow River), "two sands and one mausoleum" (Shahu, Shapotou, Xixia Wangling), " "Two Fortes and One City" (Taiwan Fortress, Zhenbei Fort, Ancient Great Wall), "Two Literatures and One Scene" (Western Xia Culture, Hui Muslim Culture, and Shangnan River Landscape) are dotted together and have become a unique tourism in the western part of the motherland. destination. Ningxia's rich and colorful natural landscape, unique ethnic customs and long history and cultural heritage have made Ningxia's development in the field of locomotive sports such as locomotive sports and self-driving tourism remarkable. In the past ten years, with the strong support of the State Sports General Administration, the National Tourism Administration and the People's Government of Ningxia Hui Autonomous Region, Ningxia has successfully held more than ten large-scale events with the theme of locomotive culture and locomotive sports. Ningxia has been called the birthplace and spread of Chinese locomotive culture by the relevant professional institutions and the majority of fans, and the western base camp of China's self-driving tour.

The International Self-driving Tourism Festival was held in Ningxia, with its unique geographical development and deep and dignified historical background in terms of geographical location, traffic access, and terrain, human environment and self-driving experience. In addition, in recent years, Ningxia Tourism has made considerable progress in the development of hardware and software such as infrastructure, service support, industrial upgrading, product optimization, and quality improvement. The Ningxia Peopleâ€™s Daily has a hundred times of confidence and successfully organized this self-driving tour festival. It also established Ningxia's benchmark position in China's locomotive and locomotive culture. It promotes Ningxia's tourism industry and promotes Ningxia's cultural industry, sports industry, convention and exhibition industry and tourism by using self-driving tour, locomotive sports and locomotive cultural activities as carriers and media. The development of the cause will prosper the economy of Ningxia. Vigorously promote the Chinese locomotive culture and promote the development of tourism in the western region.

China General Travel Network: With the development of modern tourism and changes in tourism consumption demand. Leisure self-driving tour and outdoor deep-seated tour not only become a trend and trend, but also attract the attention of relevant tourism organizations all over the country, and carry out many tourism activities related to self-driving. In comparison, from the perspective of self-driving travel experience, what are the differences in the Ningxia International Self-driving Tourism Festival?

Xue Gang: The variety of natural landscapes, the unique historical environment created by the human landscape and ethnic customs, colorful and colorful, constitutes a rich and colorful tourism resources in Ningxia. Among the top ten and 95 basic types of tourism resources in the country, Ningxia has eight major categories and 46 species. At present, the region has formed six major tourist areas including Shahu, Shabotou, Xixialing, Liupanshan, Qingtongxia and Jinshuiyuan. Among them, there are 2 â€œ5Aâ€ scenic spots and 7 â€œ4Aâ€ scenic spots, open scenic spots. More than 60 places.

Ningxia tourism resources, in addition to the well-known characteristics of "plugging on the south of the Yangtze River", Islamic culture, Hui culture is very rich in Ningxia, there is a wonderful feeling of exotic. The Hui ethnic snacks such as lamb chopped, roasted whole lamb, hand-caught lamb, and scorpion noodles are also unique. Along with the scenery of returning to the countryside, the unique scenery of Ningxia desert is wonderful. Among them, the Tengger Desert, the Badain Jaran Desert and the Mu Us Desert are the most typical. When you come to Ningxia, there is a ridge of greenery, a plateau of wormwood, an innocent sand, a plain of water networks and a vast lake. The Yellow River runs from the southwest to the northeast and runs through the Ningxia Plain. These will bring unique vibrancy and fun to the self-driving travel experience.

In recent years, Ningxia has developed rapidly, with more than 1,000 kilometers of expressways and more than 1,000 kilometers of high-grade highways, which span the mountains of Ningxia. As one of the important projects of Ningxia Cultural Tourism Art Expo, it is combined with the opening ceremony of the Yellow River Golden Coast in our district. The organizing committee adheres to the festival operation mode of â€œgovernment-led, social participation, and enterprise managementâ€ and advocates the concept of low-carbon environmental protection. From the aspects of organization, operation, implementation and service, we will focus on this year's self-driving tourism festival as a large-scale international locomotive culture event with novel and unique scale, unprecedented scale, rich content and unique experience.

Here, on behalf of the Ningxia International Self-driving Tourism Festival Organizing Committee, I sincerely invite the fans and journalists from all over the country to come and feel the turbulent tide of the development of the western region, to explore the beauty of the south of the Yangtze River, and to explore the Western Xia Kingdom. Mysterious, I can enjoy the grandeur of Helan Mountain, listen to the hustle and bustle of the motherland's mother, and experience the rich returning hometown. At the first China Ningxia International Self-driving Tourism Festival in 2010, enjoy the joy of humanity and motivation brought by the warm and hospitable people of Ningxia!