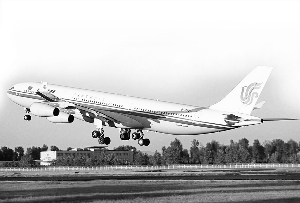 Picture: Under the beautiful sky, it is difficult to hide the fierce competition between airlines.

"Repetitive construction" has always been regarded by the outside world as the chief culprit in the difficulty of operating the regional airport. In fact, in addition to rationally arranging airports, it is important to focus on improving airport utilization and airport operational efficiency.

At present, the construction, reconstruction and expansion of regional airports in the country is on the rise. According to the Civil Aviation Administration of China ("CAAC") "National Civil Aviation Airport Layout Plan", by 2020, 97 new airports will be added nationwide, mainly for feeder airports. During the â€œEleventh Five-Year Planâ€ period, 45 branch airports will be added, more than one-third of the existing number, and the construction fund demand will reach 140 billion yuan. According to public information, in 2009, China plans to start more than 40 regional airport projects with an investment scale of 200 billion yuan. The regional airlines are encouraged to work with local governments and airport authorities to develop the feeder market.

Take the Yangtze River Delta as an example, including Shanghai, Zhejiang Province, Hangzhou, Ningbo, Shaoxing, Jiangsu Province, Nanjing, Wuxi, Suzhou and other 16 cities, such as the military airport and the upcoming Suzhong Airport, the entire length There are 17 civil airports in the triangle. The density of airports per 10,000 square kilometers in the Yangtze River Delta region is 0.9, exceeding the level of 0.6 per 10,000 square kilometers in the United States, and has become one of the regions with the highest airport density in the world.

In this regard, Li Xuerong, a researcher in the circulation industry of CIC, pointed out that the blind and repeated construction of the airport has made the airport density in the Yangtze River Delta region too large, and it is urgent to seek development through airport integration. The integration between airports is conducive to the professionalization and intensiveness of existing airports. Transformation of the direction of scale.

However, in the civil aviation consulting agency and the airport industry analyst Wu Hao of Singapore Kairui Consulting Co., the current dilemma of domestic regional airports is not caused by repeated construction. On the contrary, such a layout is necessary, although at this stage, commercial interests and strategies There is an imbalance in the layout. Wu Hao believes that the loss of the feeder airport can be avoided by strengthening management and integrating resources.

In addition to competition between airports, in recent years, with the rapid development of high-speed rail, the railway and civil aviation have also launched a fierce "surface-to-air" battle. According to the Ministry of Railways planning, by 2012, China will build 42 passenger lines. By 2020, it will form a â€œfour vertical and four horizontalâ€ high-speed railway network. Chinaâ€™s most developed and densely populated central cities will be almost all high-speed rail. Covered by the network.

"When these passenger lines with a speed of 250-350 kilometers per hour are connected and networked, it is expected that more than 80% of the civil aviation transportation market will be affected." During the two sessions this year, members of the National Committee of the Chinese People's Political Consultative Conference, Chairman of the Western Airport Group Co., Ltd. He Xikui told reporters that "the high-speed rail has indeed brought a big impact on the aviation industry. The closer the distance, the shorter the travel time, the greater the impact on the high-speed rail." "However, from the airport point of view, the emergence of high-speed rail is The development of large and medium-sized hub airports has become an opportunity for a truly integrated transportation hub," He Xikui said.

For example, in Europe, the â€œair-rail combined transportâ€ model has emerged, which accommodates high-speed rail, civil aviation, and highway passenger transport. The train station is next to the airport, and there is a bus station at the airport. Passengers can transfer between various modes of transportation. At present, there are about 120 airports around the world that have established a model of air and rail transport. Airports and airlines have formed a large-scale integrated transportation hub to form a market relationship that complements high-speed rail and promotes competition and win-win.

1. GTO Database has no limitation on products and country searching.

2. GTO database will be available for more than thirty countries, details as the following table.

3. GTO database is easy for any report generating.

4. GTO database can be searching according to company name, product description, hs code and so on.

5. GTO database can be searching according to company name, product description, hs code and so on. 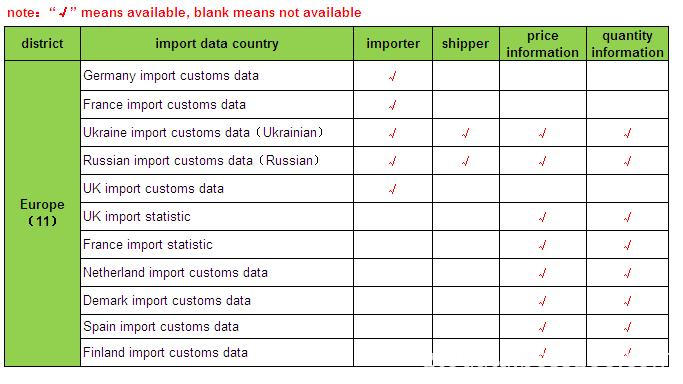